Our Third Term at The Mennonite Centre in Molochansk

Yes Mary and I are back in Ukraine.  We arrived in Molochansk on Wednesday March26.  The political uncertainty hanging over Ukraine has made this the most difficult trip we have undertaken.  The travel itself was no more difficult than any other trip overseas, but the decision as to whether or not to go was agonizing.  We have never traveled into a potential war zone before, and yes it is a very different experience.


One year ago, Mary and I had accepted an appointment for a 3 month term as North American directors at the Mennonite Centre in Molochansk, Ukraine.  We had completed two previous terms here and felt we understood the challenge we were accepting.  In early January we purchased the tickets for our flights.  We were scheduled to leave March 19.  In that short interval, major events took place in Ukraine.  There were large protests in Kyiv by people wanting closer ties to the West, resulting in the overthrow of the Russian leaning Yanukovych government.  This did not please the Russian government lead by Vladimir Putin, who was busy show-casing his country to the world by staging the 2014 Winter Olympics in Sochi.  Russia retaliated by invading Crimea as soon as the Olympic Games were over.  A referendum in Crimea to legitimize the Russian takeover was scheduled on the Sunday just before we were to leave.  After delaying our departure for a week, we decided that if there was no further immediate military action, that we would board our flight on Tuesday March 25.  We did this with a heavy heart as there were many anxious emails from our immediate family.


Mary and I knew that there were many people praying for us.  We heard of this prayer support from many surprising sources.  The most unexpected came at the Winnipeg Airport.  We had to clear US customs in Winnipeg as our flight to Dnepropetrovsk was via Chicago.  The American customs agent asked us for our final destination and was visibly surprised by our declaration of Ukraine.  It quickly became clear that his examination of us was over and we were having a personal conversation. He wanted to know why we were going and what organization we were working for.  His response of, “This may sound redundant, but I am sure there are many prayers going with you” was something I had not expected from a usually hardnosed customs official.


We arrived on schedule in Dnepropetrovsk to see the smiling but apprehensive faces of Dema, our manager at the Mennonite Centre, and his wife Oksana.  We have worked closely with them in the past and they have become friends.  Their level of fear of a Russian invasion was much higher than I had anticipated.  Their first request was to ask us not to unpack our suitcases and to be ready to move with 10 minutes notice.  My first reaction was that we had made a terrible mistake in coming to Ukraine.  Not only had we placed ourselves in some danger but we were adding to our hosts responsibilities of looking after our safety as well as their own family.


Fear can have its own contagion.  Our first night in Molochansk was memorable.  We were dead tired from our overseas travels.  Our apartment had been a bit warm and I opened a window.  After first falling asleep, I woke up in the night to hear the distance rumble of moving vehicles.  I tried to recognize if they might be the sounds of military vehicles.  Eventually I figured out that it was a train approaching Molochansk.  I heard it slow down as it approached the local station.  There were a surprising number of trains that came through Molochansk that night.  I heard them all.  Eventually my mind moved on from the fear of military vehicles to thinking about the day in November 2, 1928 when my mother boarded a train at this very station for the start of her journey to Canada.  I fell asleep at that point knowing my mother would have done all my worrying for me.


The next day we realized that there was a significant disconnect between the international news from the west and local news.  Without meaning to disrespect our local hosts, we decided to take our cues from the international news media with regard to the situation in Ukraine.  On Saturday we read a report from Reuters that there had been discussions between President Obama and Vladimir Putin as well as a statement from the Russian foreign minister that there would be no further invasions of Ukraine.  While nothing is guaranteed in life, it was comforting enough for us to unpack our suitcases.  In case of an emergency evacuation, Mary and I decided that everything we had was just “stuff” and our lives did not depend on it. 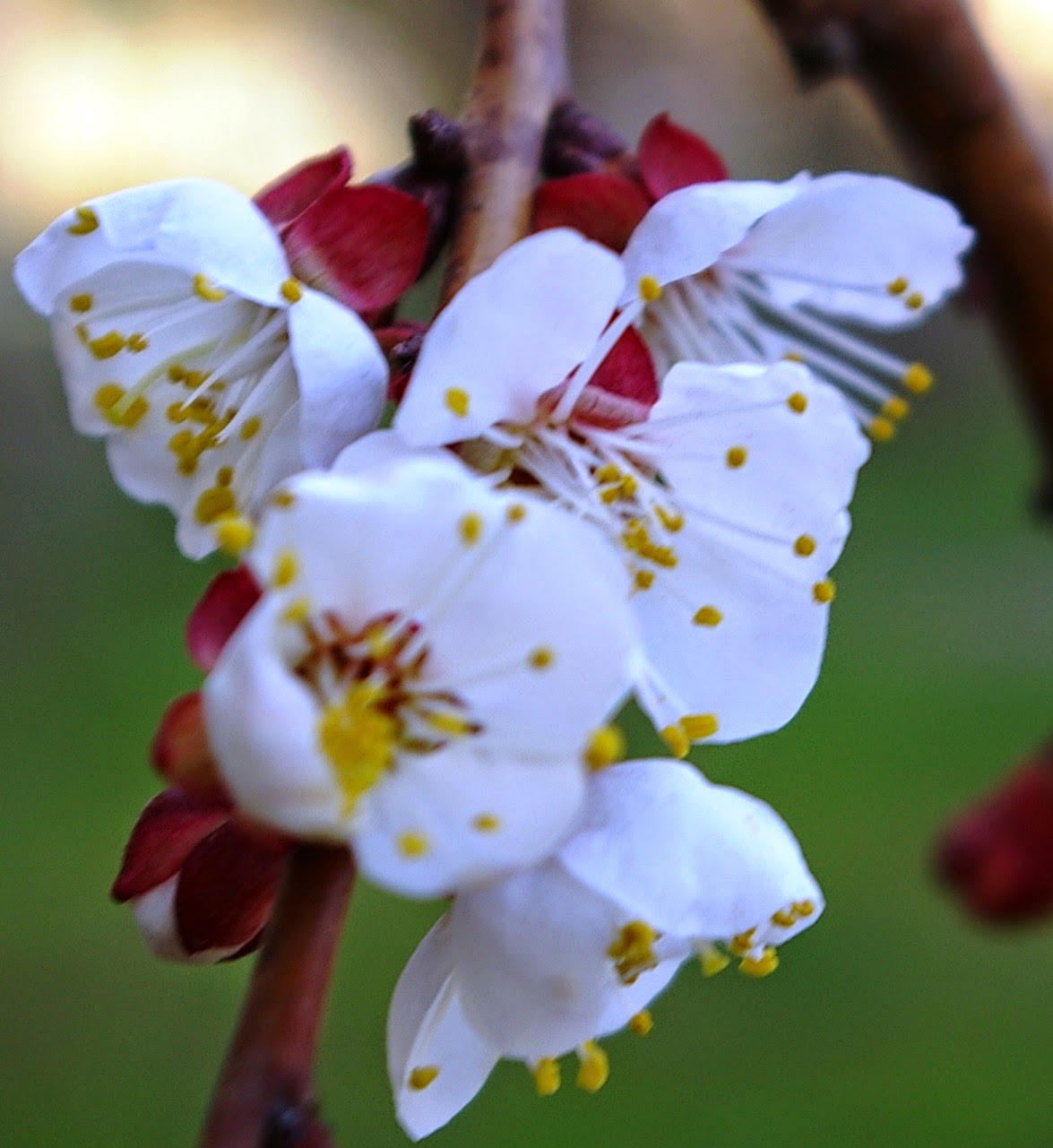 Enough of politics.  Our reception at the Mennonite Centre was beautiful.  I have never had so many hugs from the staff before.  They were glad to see us.  We felt that our arrival was reassuring for them. The weather was also welcoming.  On our arrival the temperature was 24 degrees Celsius.  It has since cooled a bit but it is much warmer than Winnipeg and absolutely no snow.  The apricot trees are in blossom and even the daffodils are in bloom.  The tulips should be out in a week.


How well we remember the church services in Ukraine.  The services are about 2 hours in length.  If it is shorter, the people feel they have not received their money’s worth.  The sermon has to be at least one hour in length.  The church also prayed for 2 young men who were being called up for military service the next day.  The best part of the service for us was being warmly welcomed by so many acquaintances.

Monday morning we had a number of petitioners with their documented requests.  They both were for cancer surgery.  Life continues to be difficult for many people, especially the seniors.  Food prices are rising because of the current difficulties.  Heating homes for some is a luxury. We saw this elderly lady crossing the local soccer field with some scavenged wood.  Mary and I are glad to be back in Molochansk.
Posted by Alvin Suderman at 04:40